The Hill Tribe minorities of the mountainous regions of Northern Thailand are semi nomadic in origin coming from Tibet, Burma, China and Laos during the last 200 years or so. They are “fourth world” people, belonging to no developing nations nor do the Hill Tribes recognise the political boundaries of countries. This fluidity of territorial identity is exacerbated in Northern Thailand by the porosity of the jungle, which masks the boundaries. (A helpful commodity when fleeing oppression.)

The self-identity of all the Hill Tribes, rather than defined by borders is one bound by links of kinship, customs, language, dress and spiritual beliefs. Due to the isolation of the Hill Tribes, customs and traditions remain unchanged that go back centuries. Traditionally, the Hill tribes did not write and therefore all their folklore, knowledge, wisdom, customs and the minute details of their lives are all passed by spoken word and committed to memory, the Yeo were the only exception to this rule.

In the modern world, the arbitrary constraints of global geopolitics have obliged the Akha, Karen, Lahu, Lisu, Yeo, Padong and Hmong to accept an external national identity, while their instinct for tribal survival pushes them to find strategies to preserve their own cultural integrity.

Whether the Hill Tribes will continue their traditional way of life, or whether they will eventually be absorbed into the ever encroaching Thai society remains to be seen. They do however need our interest, our respectful and sensitive understanding and the economic benefits that such contacts bring.

The Hill Tribes of Northern Thailand are amazingly skilled artisans, producing a wide array of products such are basket wear, musical instruments, tools, weaving, embroidery , traditional clothing and the finest of silver. Appreciating the true cultural value of their crafts enables their traditional livelihoods to be sustained, work and training is then available for the next generation and their tribal heritage can be preserved.

Five Hill Tribes are involved in silver production, these are, Karen, Akha, Lahu, Hmong and Lisu. It is the Karen however who produce silver on a commercial scale and supply Luna Tree. 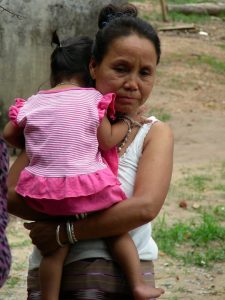 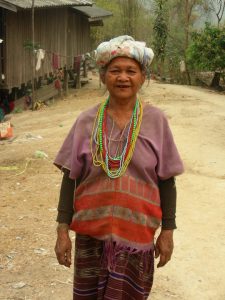 The Karen people make up the largest ethnic minority in Thailand. They are Animists (Spirit Worship) although some have converted to Christianity and Buddhism. Buddhism is a very open religion and coexists side by side with Animism, with most villages housing a Buddhist temple and  monastery.

There are three main sub groups: White Karen or Sgaw, Black Karen or Pgo and Red Karen or Kayah.

The Karen engage in agriculture, including rice cultivation and practise crop rotation to ensure the fertility of the land. Skilled weavers, the Karen women produce remarkable clothing and other textiles. Thailand is now hosts many permanent and well established Karen villages. They generally occupy the lower altitudes, residing in houses built on stilts. The Karen move around less frequently than other Hill Tribes and this therefore allows them to undertake longer term farming projects such as fruit trees. Thailand is also home to many refugee camps of Karen who have fled oppression from Myanmar. 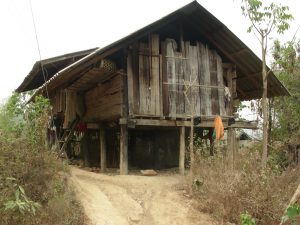 Up until marriage girls and women wear long white dresses with red edging. Married women wear a sarong made of two lengths with a V-neck blouse in either blue, black, red or white depending on which sub group they belong to. These blouses are normally decorated with embroidery and beads. Finally a cotton turban is worn on the head. The men wear simple woven cotton shirts and black or blue trousers. A cotton turban also completes their outfit. 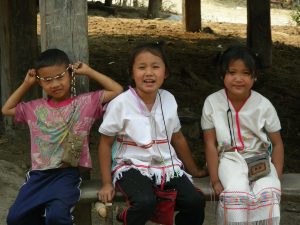 Understanding the migration of the Hill Tribes and their settlement within Thailand of the last few hundred years it is clearly linked to the civil unrest of Burma. The monarchy was destroyed by the British in the 19th century, invading from neighbouring Assam province in India. In 1948 Burma regained their independence, and civil war soon followed.

Over 150,000 Karen have fled oppression via Thailand.

The struggles of the Burmese, the Karen, the Rohingya and other ethnic minorities continue within Myanmar. For more in depth information and for ever changing current developments within Myanmar please see our further reading links below. 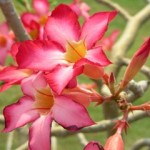